Understanding the best pantry dimensions for various pantry types is a vital tool to building the most efficient space. From walk-in pantries to small corner pantries, there are so many ways to organize your space that it is difficult to know where to begin.

Designing a pantry from scratch gives you an ideal opportunity to get the most out of your space. You should seek to create an efficient, user optimal, and space effective area at the same time.

We have a few design tips and tricks to help you do just that.

Before you decide on your optimal pantry dimensions and design, consider these factors to help you determine which style pantry is right for you.

Data has shown that wood burners actually emit more particle pollution than traffic. Particle pollution causes various toxins to enter the bloodstream. Exposure can have a significant impact to health as the toxins can be transported around the body, affecting the brain, heart, and other organs. Campaigners claim that the decrease in particle pollution from coal burning, industry, and transport have largely been offset by emission increases in two main areas: biomass burning by industry – and wood burning in domestic settings. Some campaigners see the issue as so important that they have called the rise in log burner sales a ‘public health catastrophe.’ They have even called for the sale and new installation of wood burning stoves to be banned.

Authorities are mixed in their responses. The EU tightened their rules on air pollution limits earlier this year. The latest Ecodesign wood burning stoves are now mandatory for all … Read more

Everyone knows that the kitchen is the heart of the home, where the whole family comes together to dine, unwind and enjoy each other’s company. The benefit of an open plan kitchen is the way in which it creates a uniquely social and family-friendly space.

Traditionally, activities like cooking, dining and socialising took place in separate spaces. Today, everything the family loves doing most can be done collectively in a unified open plan environment.

Increasingly, the widespread appeal of open-plan layouts is making significant contributions to property value. In many cases, adding value over and above the costs of performing the necessary renovations.

But even if you have made the decision to go open plan, you need to think carefully about how the space will be decorated and arranged. When choosing a layout where your living and kitchen space come together, careful thought must be given to how items such

A farmhouse sink is one of the easiest ways to add instant appeal and distinctive style to your kitchen. A farmhouse sink, similar to an apron front sink, has become a popular choice with home designers of all styles. These are spacious “workhorse” sinks that retain a timeless charm. 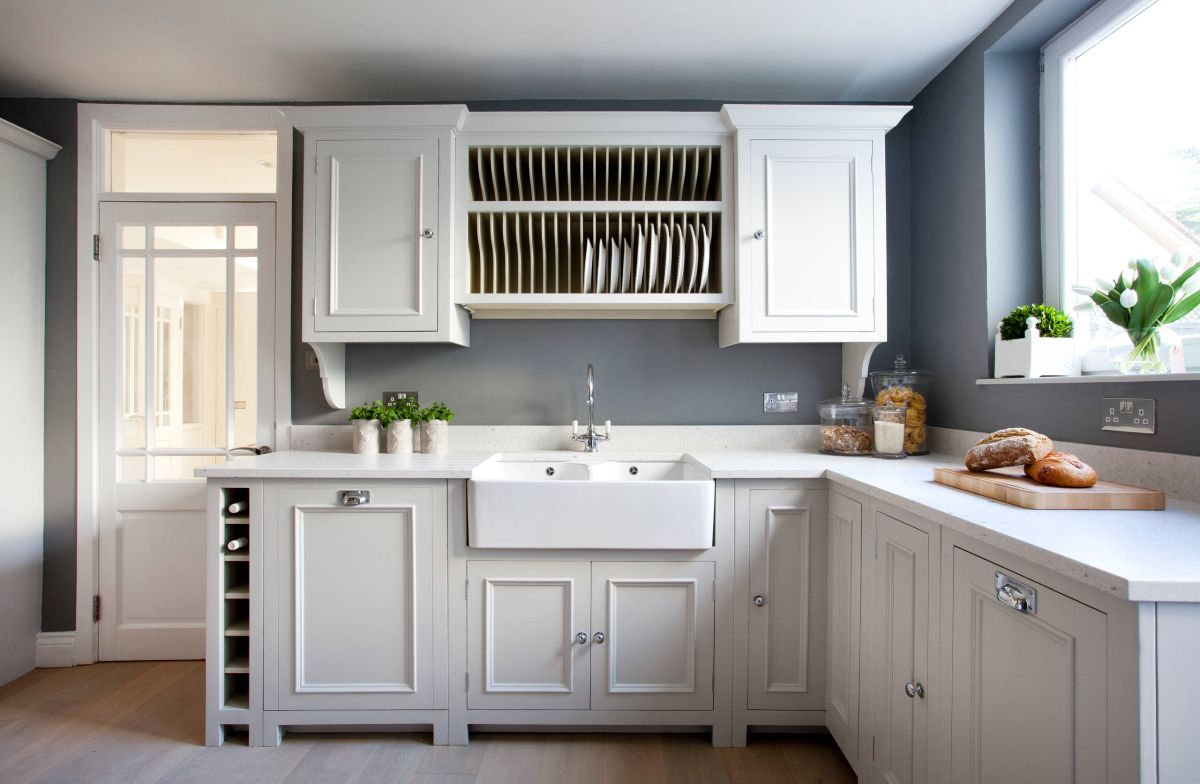 These distinctive sinks may seem like a no-lose proposition yet, there are key features which might make you think twice before investing in one. Here, we are going to lay out all the factors. This way, you can decide for yourself and make the best decision for your space.

What is a Farmhouse Sink?

A farmhouse sink is identifiable because they have a large basin with an exposed front panel. Most farmhouse sinks have a single basin, though there are also double basin options. The most common material used to make farmhouse sinks are porcelain and stainless steel, though many modern

This is why we have put together a comprehensive guide about matt kitchens so that you have all the information you need – everything – enabling you to make an informed decision about whether a matt kitchen is right for you.

The importance of your kitchen finish: Matt or Gloss?

These days, a lot of homeowners fall into one of two distinct camps when it comes to choosing the finish for your kitchen: Team